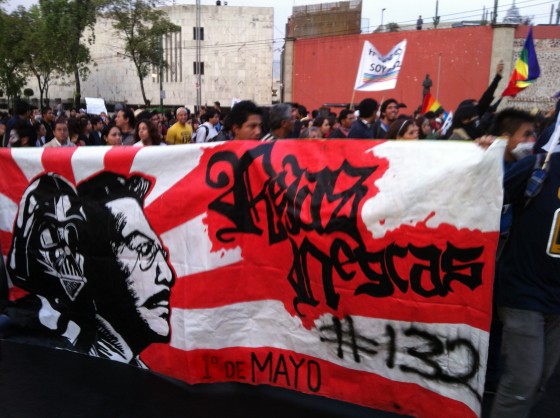 An Essay on Ricardo Flores Magón, the Anarchist that Binds L.A. and Mexico City

It is no coincidence that Ricardo Flores Magón wound up in the City of Angels. Even though it is over 100 miles from the US-Mexico line, during the revolution it essentially qualified as a border town, receiving hundreds of thousands of refugees, more than any other place in the American Southwest. This massive influx laid the foundation for what would become the most important and mythologized Mexican barrio in American history: East LA. There is an ideological symmetry to Magón’s arrival, as well. In the early 1900s, the city was a hotbed of radical organizing, notwithstanding its open shop reputation and the reactionary screeds of theLos Angeles Times. Emma Goldman spent several months in the city giving speeches, and socialist visionary Job Harriman nearly won the mayor’s office in 1913, eventually founding the Llano del Rio commune in the Mojave Desert, which Mike Davis famously proclaimed an “alternative future” in the opening pages of his classic City of Quartz.

Read the entire essay in BOOM: a Journal of California, Winter 2012

other works on Immigration

other works on Los Angeles